ArchitectureBest Architectural Styles for your Home

Best Architectural Styles for your Home 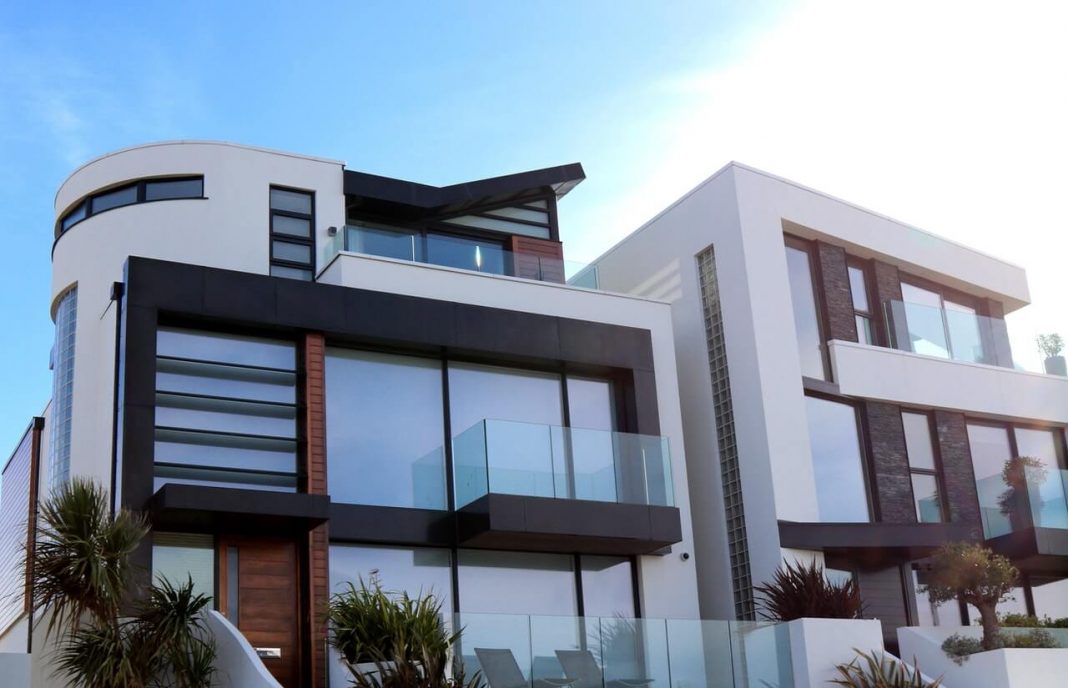 It is time to move home, and you are faced with a variety of house styles. You might be looking to get a new house built, or you are scanning the market to buy something perfect. You may relate to the classic architecture and old charm of the Tudor style, or you might be looking for one of those for 21st-century Contemporary homes. Building styles can reveal a lot about them, from their rich history, the year the homes were built, to specific features and defining characteristics.

The different style of your home may influence how you choose to decorate and what furniture you buy. Getting the house style right sets the scene for everything else.

With so many different style houses out there, it can be very confusing. Architecture seems to have its own language, from the Southern California Ranch-style homes to the New England signature Colonial style.

Whatever your style, we have put together this guide to help you navigate house styles and architecture. We will explain the history and specific features of some of the top Architectural styles available. 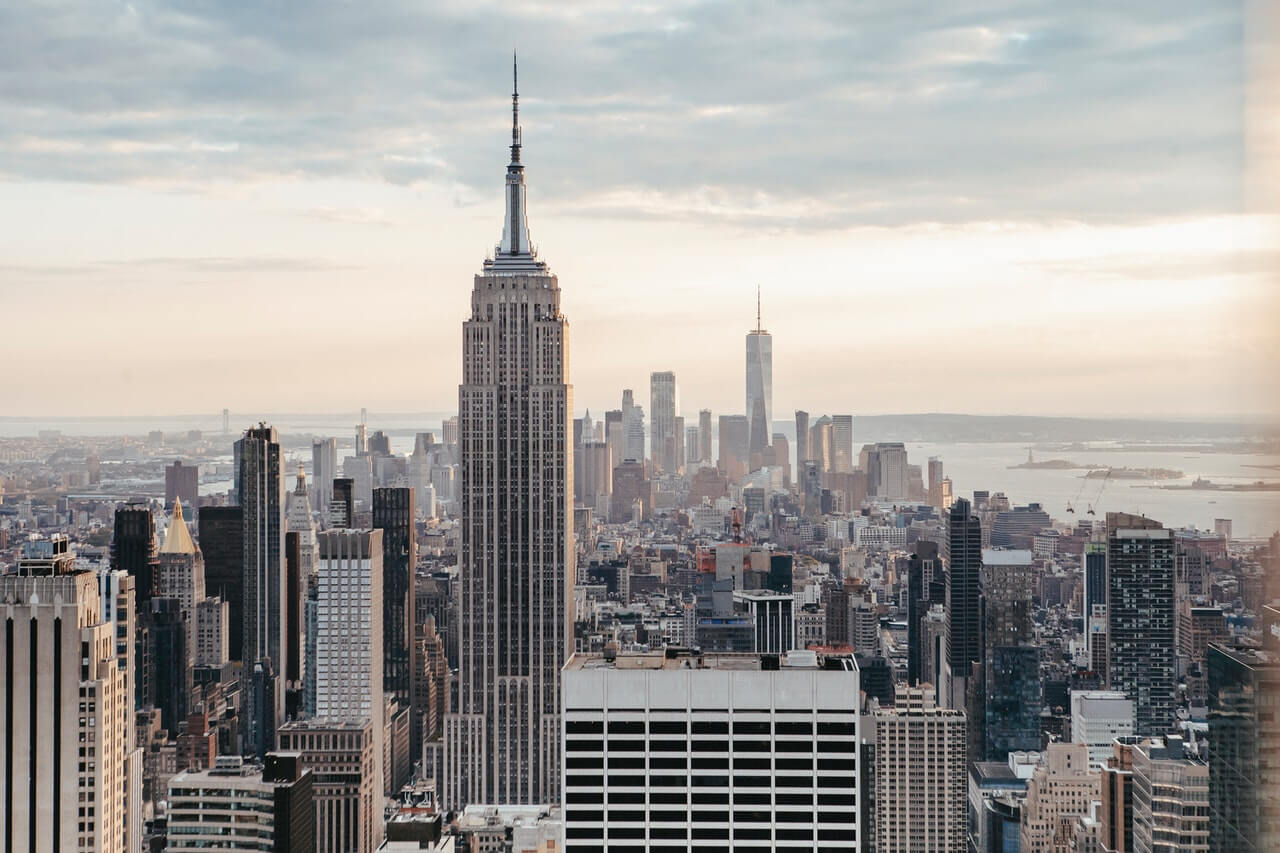 Art Deco architecture was born in the 1920s-30s. Some of the earliest examples were found in France. It grew in popularity in the USA in the 30s, and when you look at the NY skyline now, you can see its influence. The Chrysler building is a prime example of this particular style.

The most commonly used building materials in these houses are glass, stucco and steel. They always have defining features such as tower-like spires, which give the art deco buildings their unique look. In addition, these buildings use distinctive shapes, usually in their windows and main door. Other geometric shapes like triangles and squares were used to create detail on this house style. This is by far one of its more distinctive characteristics.

Named after the region where it hails from, the Cape Cod houses architectural style is classic. In the 17th century, English travellers to the USA built Cape Cod homes to weather the harsh winter climate. They were usually relatively small and typically one story.

The Cape Cod house uses natural materials like wood beams and flooring and has multi-paned windows with paired shutters. Using decorative half-timbering and a very symmetrical design, these style homes feature cedar roof shingles and steeply pitched roofs to help the snowfall off. 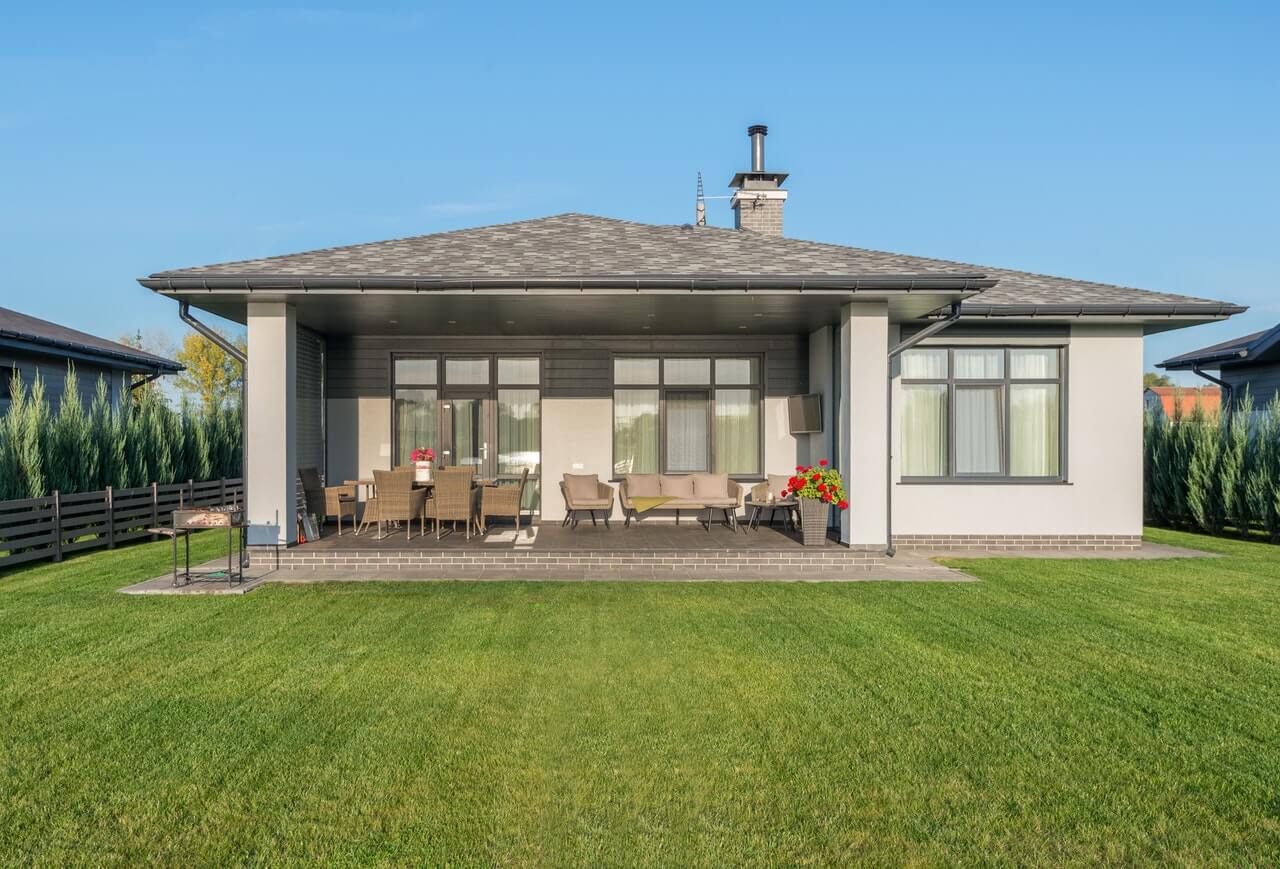 Ranch homes originated in the first half of the 19th century in the 1920s and took inspiration from Spanish Colonial Architecture. Soon after World War ii this popular house style were know as Ramblers. Modern-day has not changed them much, and they remain very popular among everyone.

The Ranch style houses are single-story homes that typically have open floor plans and sliding glass doors that bring outdoor spaces inside. They have large porches that wrap right around the space and are usually either L shaped or U shaped. The bedrooms are all on the same level as the rest of the living space. The low pitched roof and wide overhanging eaves make for excellent exterior maintenance. Open layouts give a free-flowing feel to the house and offer a versatile floor plan. 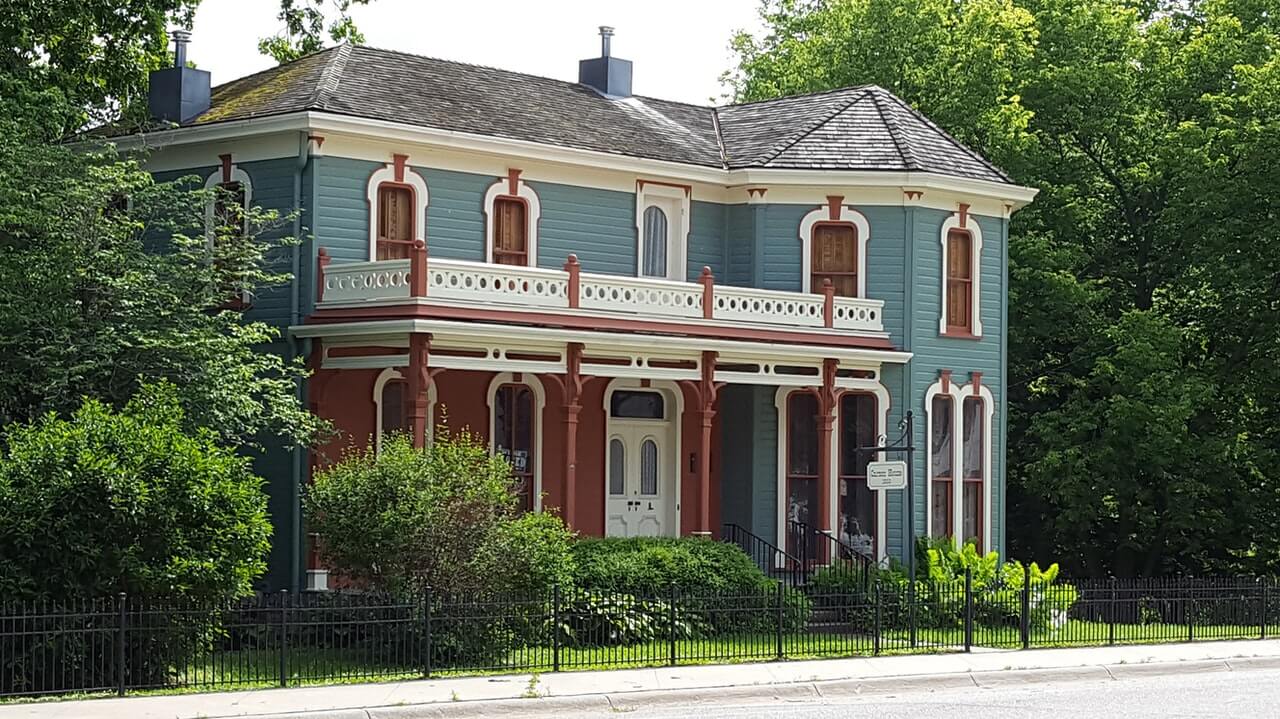 The Victorian era references the reign of Queen Victoria from 1837-1901. The Victorian-style home gets its origin from England, where Victorian houses are still seen as commonplace. However, like many architectural styles, it moved across the pond to various countries, including the USA, New Zealand and Australia. As a result, there are a few widely known styles of Victorian homes such as the Queen Anne, Italianate and Gothic Revival style. The Queen Anne used patterned wood, brick and stone. It also featured turrets, and round towers. The Italian Renaissance inspired the Italianate style homes.

Standard features of the traditional Victorian house include steep roof pitches, ornate trim and stained glass arched windows. It also has classical bay windows allowing seating areas to look out at the landscape beyond. In addition, they usually have large wraparound porches with asymmetrical floor plans and typically two stories allowing for plenty of room. However, it is the beautiful and ornate interiors that make them known around the world. 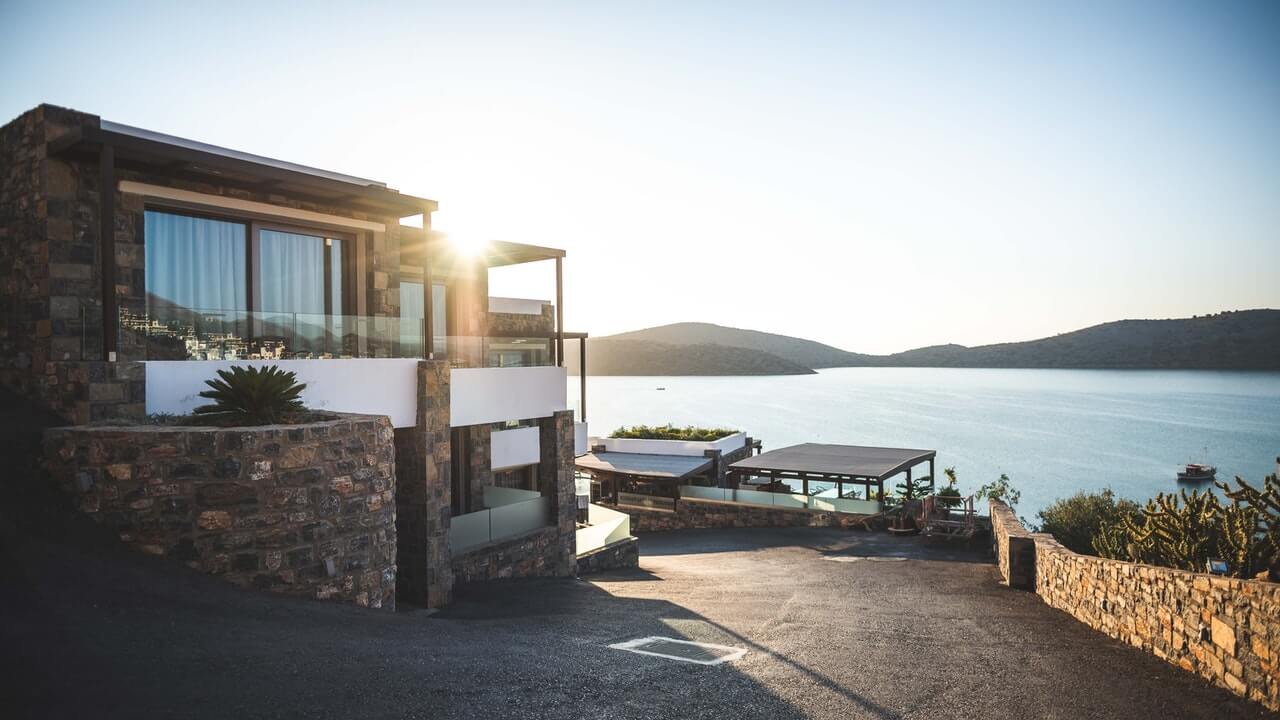 In the early 20th century, modern homes inspired by innovative technologies and minimalism became the most prevalent style between the 1930s-70s. As a result, the classical architecture of the Georgian style and Tudor style that came before began to be replaced by the distinct characteristics of the modern counterpart. Famous architect Frank Lloyd Wright was the most notable in this dominant architectural style; he developed the much-celebrated Prairie Style homes.

The exterior materials used were concrete, glass, steel, stone and brick, and they focussed on an open floor plan, clean lines, and natural light created by large windows. The function took precedence over the more ornate features. These houses often featured flat roofs and broad overhanging eaves with curved instead of flat and straight walls. 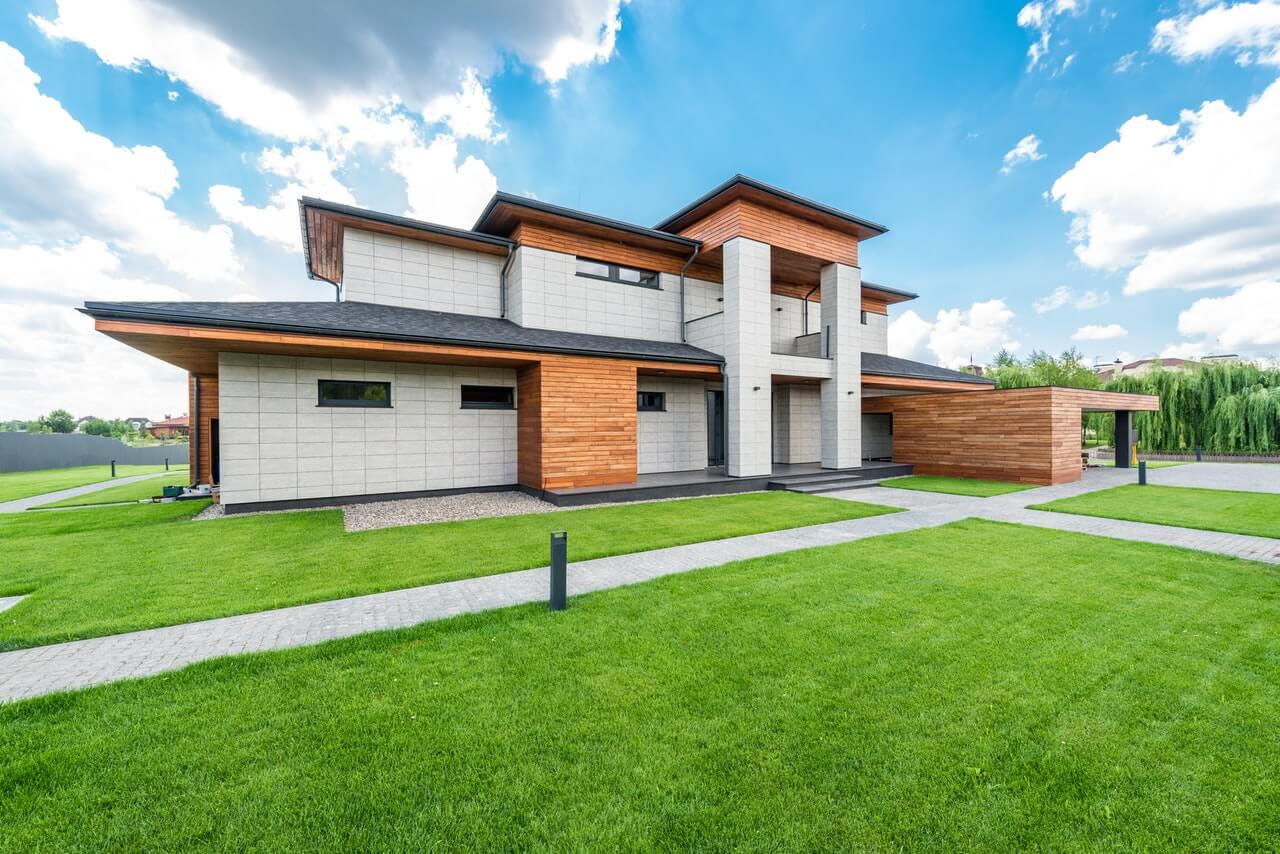 Contemporary style houses are from the 21st century and don’t tend to have one specific style. Houses built in the 21st century no longer rely on old fashioned construction techniques, and advances in technology allows for many variations in materials and different styles.

Focusing far more on interior design alongside the exterior, the Contemporary house uses sustainable architectural elements. This is because homebuyers now are far more concerned with environmental damage, importantly, they want to know their existing home is beautiful and sustainable. 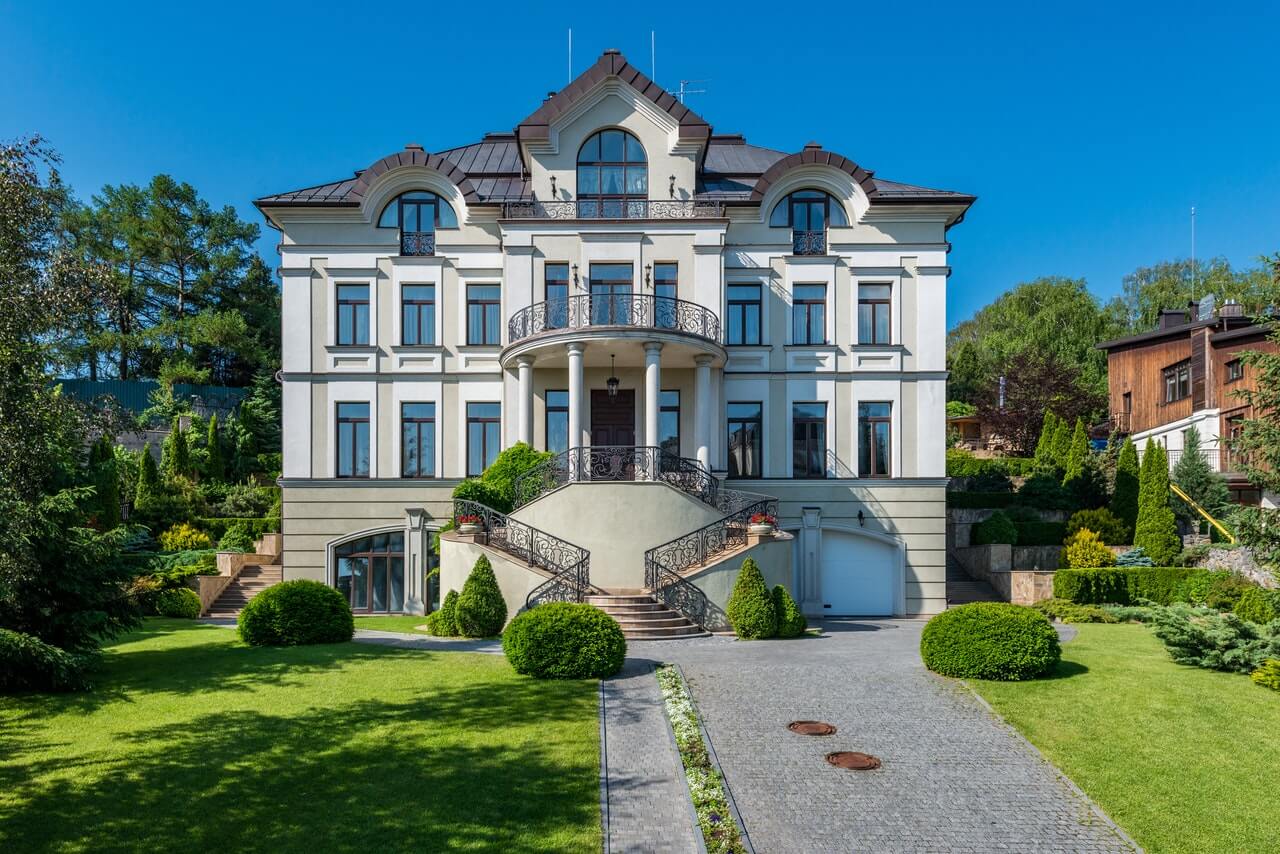 One of the oldest, Colonial-style homes goes as far back as the 17th century. European settlers brought with them their architectural traditions. The different designs come from French Colonial, Dutch Colonial, British and Spanish descent. The British Colonists brought the saltbox style with them, as a result, it is still one of the most popular house styles.

Colonial homes are made from wood or stone with a symmetrical structure; these houses are usually over two floors. They can be seen with two chimneys, and a common feature is a steep roof. The staircase is usually a focal feature that leads upstairs to the bedrooms. 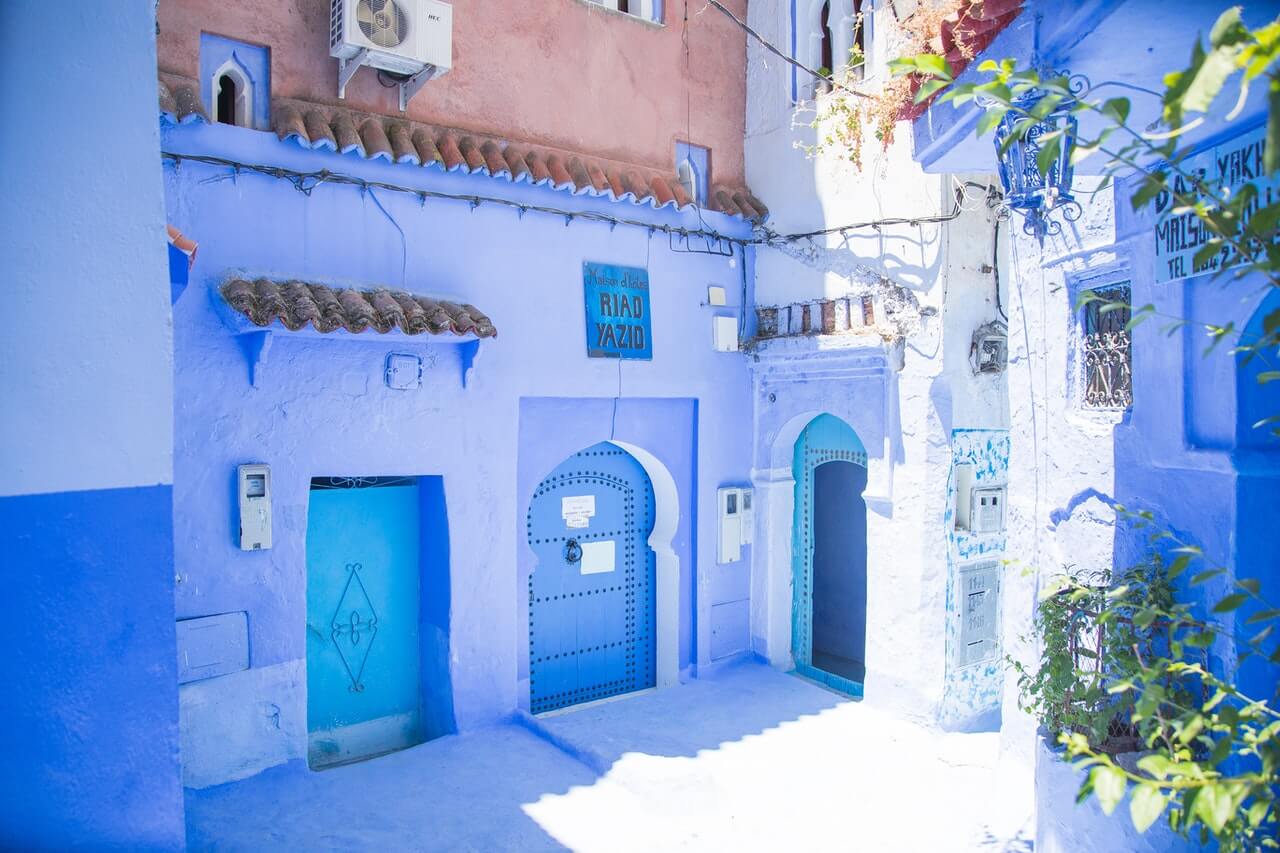 Heavily influenced by Ancient Greece, this late 18th to early 19th century architecture was adopted in the USA.

Using classical elements like columns, the houses were always painted white and made from either wood or stucco exteriors. The exterior had a central front door paired with columns on either side. It takes its influences from the Greek temples of old. The tall windows and doors stand alongside a large front porch giving it a very regal feel. 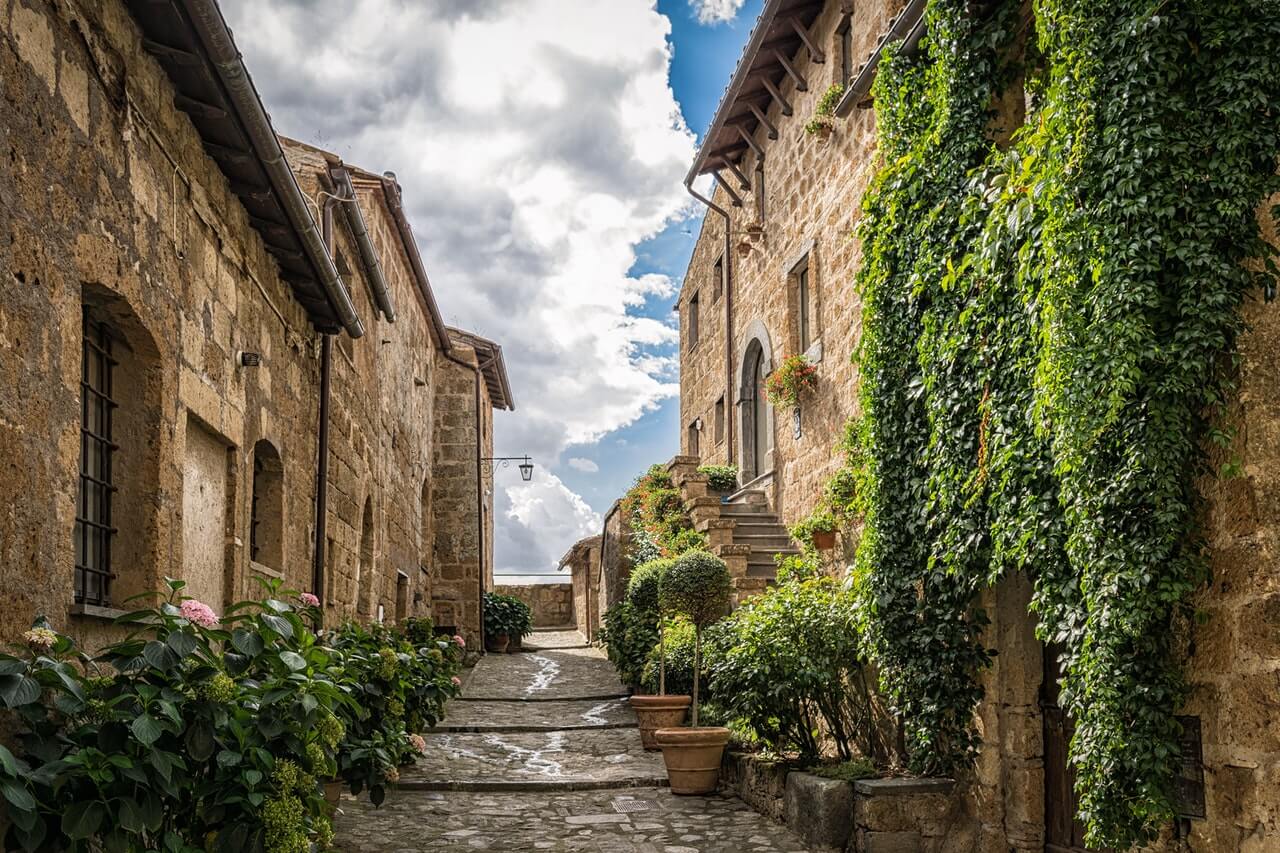 These Country homes originate in the 16th century but first appeared in the USA after WWW1. Although not as popular as its British counterparts, it grew in its appeal in the 1920s.

The French Country home exterior features have a half-timbered frame over two levels with a hip roof, stucco walls, and many narrow windows. As you would expect, the French doors make an appearance in this style house. The living spaces of this home had a cozier and warmer feel.

What is the Arts and Crafts movement?

In response to the traditional designs of the old and the industrial revolution, the Arts and crafts movement produced a much more homey and DIY feel. It created styles of a house like the Craftsman house and the Bungalow, which were more accessible to the ordinary person.

The exterior typically had low pitched roofs, exposed wooden beams, windows with small panes and a front door that leads onto a porch.

What makes a house Craftsman Style?

Other features like a family room at the focal point, books that line the walls, and built-in furniture give the Craftsman homes look and feel.

When were Tudor houses built?

Between 1485 and 1558, Tudor style homes were born. The Tudor period in history spanned from the same era. It mixed gothic style and Renaissance design to form its own.

The Tudor revival started in the early 19th century when Tudor homes came back into fashion.

When did the Mediterranean style grow in popularity?

Mediterranean style homes became popular in the 1920s, resorts in the USA that wanted to capture the holiday feel.

Affiliate Disclosure
inthralld is a participant in the Amazon Services LLC Associates Program, an affiliate advertising program designed to provide a means for sites to earn advertising fees by advertising and linking to Amazon.com.

In compliance with the FTC guidelines and complete transparency for our readers, please assume the following about links and posts on this site – More Here.